You are here: Home / Social Media / Video Games and Autism: Helpful or Harmful?
Photograph by paulinapratko

It can happen to anyone. You start playing Minecraft or Skyrim, and before you know it, hours have passed and you haven’t had dinner or done the laundry, but the temptation to continue playing stays strong. Although this can be a problem for neurotypicals and autistic people alike, people with autism can be more susceptible to this happening for a variety of reasons. At the same time, video games are a source of great joy for many and can facilitate social interaction, both online and offline. Being aware of the costs and benefits of gaming illustrates how video games can be effectively integrated into an individual’s life – meaning that tossing out that Playstation or Nintendo DS is not the answer.

There are no definitive statistics on the prevalence of gaming among autistic adults, but it has been found that 41.4% of children and adolescents with autism spend the majority of their free time playing video games versus 18% of youths in the general population (Mazurek, Shattuck, Wagner, and Cooper 2013). These numbers underscore the importance of taking a look at the amount of time spent on video games by autistic gamers and paying attention to any potential side effects. Video game addiction and excessive time spent playing games can result in health and behavioral issues, such as sleep deprivation, lack of exercise, irritableness, and several other problems. On the other hand, as explained in the following video by Asperger Experts, video games are viewed as a safe space by some autistic people, in addition to their entertainment value. Both the negative and positive need to be considered when we take a look at the use of video games by autistic people, or we risk making faulty judgements.

As Asperger Experts explains, it is necessary to set reasonable limits so that playing video games does not come at the detriment of everything else. An effective strategy discussed by Asperger Experts in their article What Really Causes Video Game Addictions: What To Do About it is playing video games with others, particularly family members. Here, video games can help strengthen relationships by providing something familiar and valued to bond over. Another useful strategy explained by Asperger Experts is the formation of an agreement or schedule where a limit is set on the amount of time spent on video games, which is understood by all parties involved. These strategies also demonstrate the beneficial effects of video games; they can be used to expand what is considered a safe space, improve relationships with family and friends, and increase self-control, among other things.

Online interactions, especially on social media, can also be easier for some autistic adults to navigate, as discussed in Mazurek (2013)’s article Social Media Use Among Adults with Autism Spectrum Disorders. These interactions do not require the same high level of attention to facial expressions and nonverbal body language as face-to-face interactions. Social Media and Autism: Building Community or Creating Isolation? by Sydney Roulhac on the MHAF blog discusses the use of social media by autistic adults in further depth, explaining that there are both good and bad aspects to social media. For example, some participants in Mazurek, Engelhardt, and Clark’s study noted that they had had negative online interactions, such as other players insulting them. Unfortunately, while this is always a possibility with anonymous online interactions, it may be possible to avoid harassers through the use of blocking and muting tools available in-game.

The free Minecraft server Autcraft, only open to people with autism and their families, is an incredible example of how communities can be formed online to support autistic people. Autcraft also offers Autcraft Obsidian, a server solely for players over the age of fifteen. Although no research has been done on Autcraft, the unique and accepting community that it presents, as well as its protections against hate speech, harassment, and other negative online behaviors, show how video games can be used to foster positive social interactions.

Update 3/16/17: We were incorrect in our statement that no research has been done on Autcraft. Kate Ringland of the University of California, Irvine, published Would You Be Mine: Appropriating Minecraft as an Assistive Technology for Youth with Autism in 2016, which looks at how players have used and modified Minecraft to encourage self-regulation and community engagement. Thank you to Stuart Duncan, founder of Autcraft, for letting us know about this great piece of research!

However, social media use/online interactions alone do not play a significant part in reducing the loneliness felt by adults on the autism spectrum (Mazurek, 2013). Although there is little research on the role of online video game interactions in reducing loneliness and increasing social connections, it may  follow similar patterns as social media use because it is entirely digital. On the other hand, it is stated by Mazurek that “the extent to which social media use encourages the development of new or closer offline relationships for adults with ASD appears to be the most important consideration” in the amount of social support they have. It seems that this finding goes hand in hand with Asperger Experts’ recommendation that autistic adults play video games with family and friends, strengthening offline relationships. Ultimately, in order to utilize electronic and online media, especially video games, to their fullest benefit, offline relationships should be a major part of the use of this media when it is possible.

Video games can be a great source of joy for people with autism, but they can also become a source of frustration if they are prioritized over all else. It is important to make sure that the beneficial effects of video games are recognized while encouraging offline interaction and limiting video game play, so that other necessary aspects of life are not neglected. Can we conclude that video games are helpful or harmful? The short answer is, “It depends!”, and the longer answer is that video games are not inherently good or bad; their value comes from how they are used and for how long. So, feel free to fire up that Xbox, but invite a friend or family member to join and learn to love setting limits. 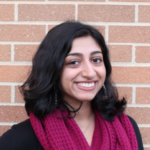 Prachi is currently a senior at the University of Maryland, Baltimore County. She is double majoring in Psychology and Gender & Women’s Studies and plans to pursue a career in clinical psychology. As someone who is deaf, Prachi is passionate about disability issues and spreading awareness of the issues that people with disabilities face.

What really causes video game addictions: And what to do about it. Asperger Experts.

Let’s Get Physical: Exercise, Socialization, and SPIRIT Club
Next Post: Helping Your Loved One with Autism Cope With Feelings of Loss