Autism research is now approaching autism as a neurological difference rather than a deficit in terms of friendships.

Many of us almost take it for granted that individuals with autism have fewer and poorer friendships than others. Even worse, this assumption is usually assigned reflexively to the autism itself. This isn’t just true of our culture at large, either; it is true of researchers and professionals.

Fortunately, some in the field are starting to challenge existing ideas about social deficits and autism. Authors of a recent paper published in the Scandinavian Journal of Disability Research, Brownlow, Bertilsdotter, and O’Dell, drew on a theoretical perspective that casts autism as a neurological difference rather than a deficit.

One major problem facing current research is that the characteristics and foundational goals of friendship are defined from a neurotypical perspective.

This neurodiverse approach is designed not to identify the neurological makeup of a particular individual but to question the status and assumptions assigned to people based on their diagnostic label. This is especially important in the realm of friendship and social development. In this arena, social components of an autism diagnosis can play into a cultural narrative in which ASD individuals have deficits in forming friendships and are therefore disabled, while neurotypical individuals are seen as able. Growing up with this message can have profound, lasting consequences for the social development of individuals on the spectrum.

One major problem facing current research is that the characteristics and foundational goals of friendship are defined from a neurotypical perspective. Theories of social development are also inherently biased towards neurotypicality; researchers often work from the assumption that there is one appropriate developmental trajectory for social skills. This can be a significant barrier to friendship for adults on the spectrum. Some of these individuals do need support in their social development, but the support they are most likely to find will be intended to direct their behaviors and development towards the neurotypical model. In many cases, this will not be the best mode for them and may even be destructive to their ability to form friendships. When researchers view all relationships through a neurotypical lens, it may even cause them to underestimate the quality or depth of autistic friendships; they are looking only for neurotypical markers of closeness and value.

Brownlow and colleagues explain that our view of autism as deficit is most clear when we talk about impairment in social interactions, rather than about a different type of interaction. This bias unfortunately gives rise to a research model that focuses on the failure of autistic individuals to form ‘developmentally appropriate’ friendships with their peers and does not consider a different set of social norms and needs. We need a body of research that observes without judgment, establishes a baseline for autistic friendship, and allows researchers to identify social models which may not arise often in neurotypical populations but are nevertheless functional and adaptive for some individuals.

For example, parallel play is considered typical of early childhood by most developmental psychologists, but some children and even adolescents on the spectrum value solo play very highly. For some of them, this may not be a stage to be passed through but a modality of friendship that continues into adulthood. It may always be a feature of worthwhile and fulfilling relationships.

Previous research by these three authors has indicated that safe, neurodiverse spaces can be created and managed by individuals on the spectrum. Nowhere is this more evident than the internet, where the world of social media and online interaction offers self-advocates a powerful tool. Very recently, users of Reddit (an expansive website catering to many interests) created a new, private community called AspieFriends.* This community gives individuals on the spectrum a safe place to meet and make friends with each other. Some of these friendships will transition into the real world, but some will remain online.

There is significant research on the risks and rewards of online interaction. As always, however, it focuses on neurotypical development and socialization. Much of it is centered on the potential developmental costs of virtual friendship, but many studies have shown a few reliable benefits: feelings of connectedness, access to a persistent social network, and emotional support. For individuals on the spectrum, there may be even more. In neurotypical friendships, face-to-face interaction is often seen as the gold standard; but could this be one more bias that potentially leads to ill-conceived research and inappropriate conclusions about autistic sociality?

The recent paper by Brownlow et al. calls specific attention to the thoughts of a self-advocate named Eric Chen. Chen was not an early adopter of social media, and in fact, was at times annoyed by the persistent idea that all technology must be used to socialize. Eventually, he realized that he
could make good use of social platforms like Facebook. Having a list of friends with names and photographs is helpful for people who struggle with faces. Having access to your friends’ bulletins about recent news can make it easier to approach them with confidence when you want to talk. It can also, along with having a history of your recent conversations, make it easier to plan your next social interaction. For Chen, this relieves a tremendous amount of stress.

While there is a large body of research that clearly demonstrates the importance of friendship to child development, it is, as always, performed from a neurotypical perspective. We can state with certainty that friendship is good for children, but we can’t say that the same quantity, quality, or type of friendship is equally good for all children. These qualitative questions about what best meets the social needs of individuals are difficult to study, and we should not expect clear answers any time soon. What we should do is remember the limits of our knowledge and accept our differences without forgetting them. 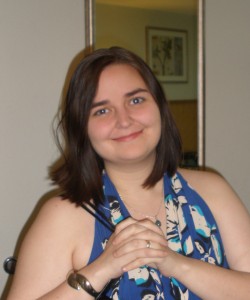 Hallie Ertman was born in Annapolis, MD and now lives in Columbia. She obtained her Bachelor of Science in psychology from University of Maryland, Baltimore County. She has also attended the Corcoran College of Art and Design where she obtained her Bachelor of Fine Arts in Digital Media Design. When she isn’t working at Madison House, she is baking, painting, or fossiling up and down the east coast.

Eric Church Fans: Two Tickets + Meet & Greet Passes and a Signed Fender Acoustic Guitar
Next Post: April 12 at 7pm/6c: Dateline NBC’s ‘Aging Out’ with Autism in “On the Brink”