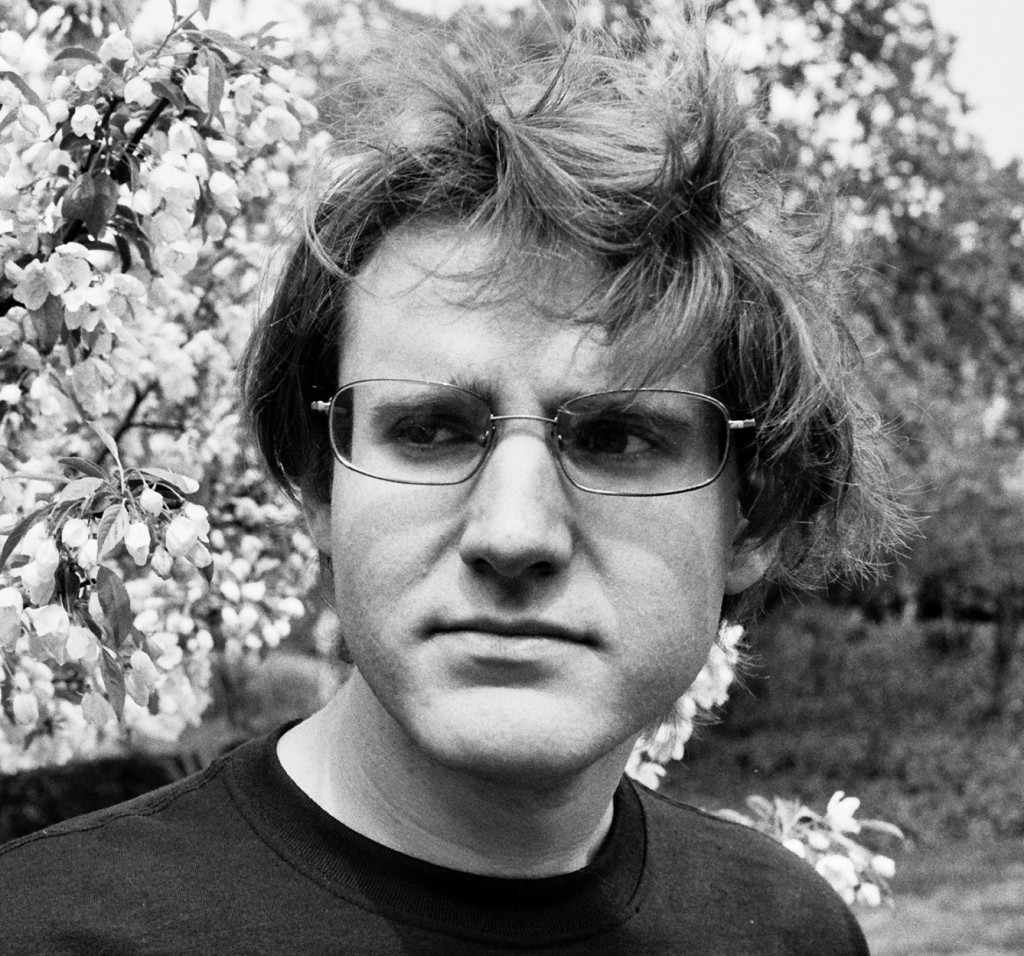 “When we ask Seth why he loves to paint he says, ‘My art will make people feel calm and comfort and tranquil. My art will be in books. My art will go to art shows.'”
–Debra Chwast, Seth’s Mother

Bright, gentle and imaginative, Seth Chwast was diagnosed with autism at 21 months. Primarily non-verbal, Seth participated in a vocational evaluation at age 18 which resulted in a career recommendation of dry mopping.  At 20, he took his first art class and by 23 was on the Today Show as a featured artist. Now 33, Seth has shown in hospitals, museums, and universities throughout the U.S. He has exhibited in Galapagos, Cayman, Curacao, Kiev, France, and the United Nations. In 2011, Seth came in first place in a worldwide United Nations competition, and his art was placed on a postal stamp to promote autism awareness.

Watch the video below and continue reading to learn more about Seth’s incredible work.

An interview with his mother, Debra

How long has Seth been creating art?

Seth took a four-week art class at the Cleveland Museum of Art in 2003, when he was 20. Seth is primarily self-taught, but he works with art mentors from Cleveland Institute of Art who help him explore new styles and different mediums. Seth has a meticulous attention to detail, so the amount of time it takes him to complete a piece varies greatly with the size, medium, style, and so on. Some paintings he finishes in a day or two, some take months or years.

Seth is primarily non-verbal, so our knowledge of Seth’s creative process is limited when it comes to his inspiration and artistic decisions. When Seth paints it is a meditation. His brain and body are so immersed in the process that there is no room for competing desires or sensations. He paints in a state of bliss and calm, punctuated by moments of pure joy and excitement over what he is creating.
Does Seth’s autism help him in his artistry?

Seth’s autism gives him a unique and somewhat mysterious perspective and relationship to his surroundings.  His art directly reflects that distinct worldview. 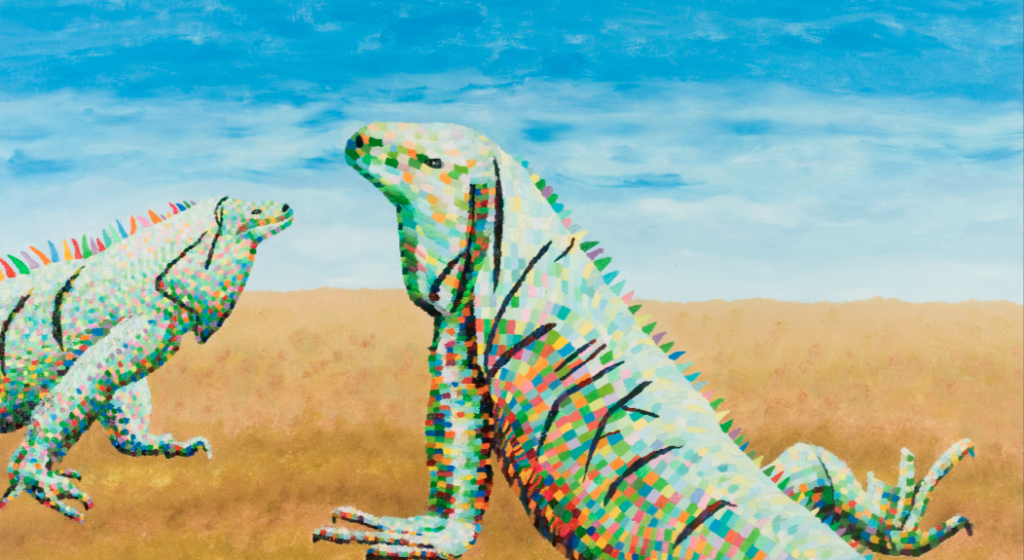 In 2011, Seth won a worldwide competition by the United Nations, and his art was used for a special edition postage stamp to raise awareness for autism. (Seth’s “Mythic Creatures Mural” below is the piece that won.)

Seth was also featured in People Magazine after designing a guitar for the Zac Brown Band to play during their tour. The guitar was later auctioned to raise money for charity. Read the feature here. 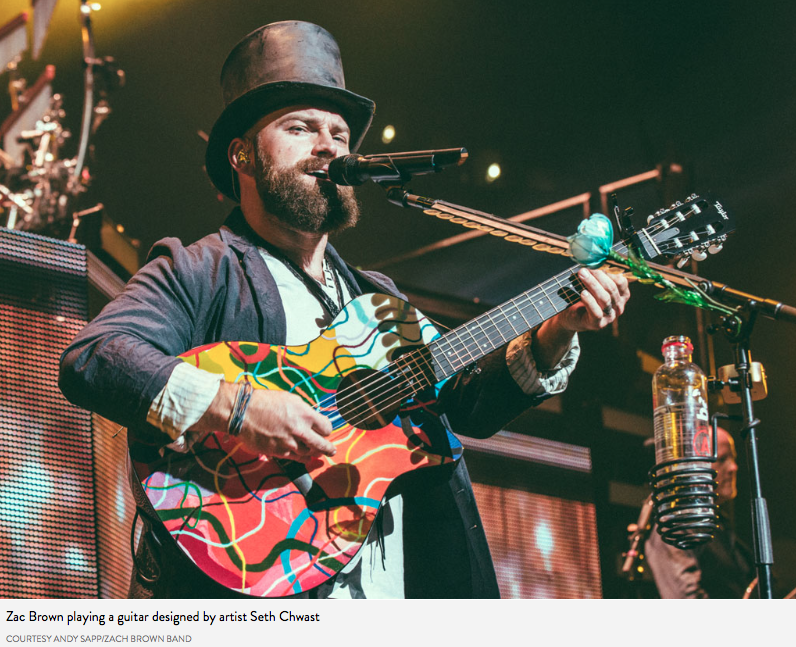 Among all of Seth’s wonderful successes, what has been his greatest challenge as an artist?

I want Seth to be seen as an artist first, without the qualifier that he is autistic.  It is a constant balancing act between garnering respect for Seth’s art and drawing attention to Seth’s inspirational story.

Is Seth currently working on any new pieces?

Seth is working on art for an upcoming book of poetry titled, “Abandoned Pearls,” written by Debra Chwast.  The corresponding “Abandoned Pearls” exhibition will open in the fall of 2016 at Cleveland Botanical Gardens. Seth is also working on a series of abstract mandala paintings to “make people feel all better.”

Is Seth participating in any upcoming exhibitions?

Seth currently has a traveling exhibition open at the Valley Arts Center in Chagrin Falls, Ohio, titled “A Portrait of the Young Man as an Artist:  Paintings by Seth Chwast, Portraiture by Herbert Ascherman.”  A book of the same title will be released in the spring. This summer, Seth will open a traveling exhibition based on his upcoming children’s book, “King Seth Dreams,” at the Children’s Museum of Cleveland.

If you and Seth could tell the world one thing about autism, what would you say?

To raise a child, especially a child with special needs, takes an enormous amount of patience, perseverance, and determination. You must be committed to the happiness and fulfillment of your child, and part of that is investing the time and energy into finding and cultivating their gifts, which for Seth is art. It took 20 years of unsuccessful searching to find Seth’s gift, but you must live the mantra of, “Never give up.”

Debra, what is your biggest hope for Seth’s future?

I want Seth to continue to be an icon of hope. That Seth’s story, and our story as mother and son, reaches wider audiences and continues to inspire, encourage, and uplift people.

Helping Students with Autism: College Life on the Spectrum
Next Post: Paving the Road for People with Autism and Other Special Needs