Brian Be is a dancer, a singer/songwriter, and motivational speaker based in Denver, Colorado. He was diagnosed with autism at age 31. He has lived a fascinating life that, while turbulent at times, has been full of creativity and curiosity. Brian is currently seeking speaking engagement and career opportunities to further his personal growth (contact Brian here). In his own words, here is Brian’s story in life and artistry:

“I have been down many roads of misdiagnosis. One example is when I was a boy. My parents knew something was going on but weren’t sure what. So, they took me to the medical experts. Evaluation after evaluation apparently led them to conclude that I had a Ritalin deficiency (ADD), and that daily supplementation would help. I guess it helped – the parents. Not sure it did a thing for me as a boy.

Brian was famous for capturing candid photos as a child. Here are a few he took of his father and brother, Ben. 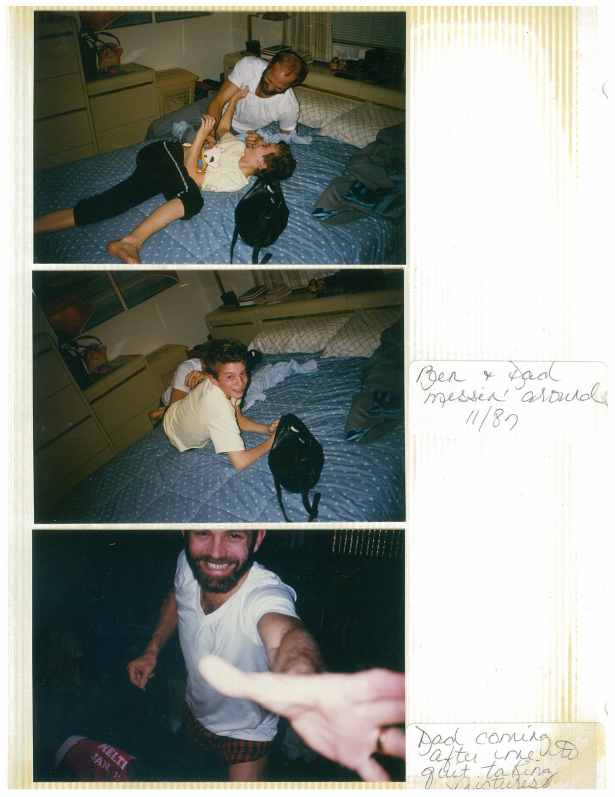 “From boyhood until mid-thirties, I explored many paths. Many labels. Got some medical diagnosis, some not. Some traditional methods of wellness, some not. But they all failed through understanding of autism spectrum disorder. That was really what I needed. One night, I watched a series of movies, and a prominent one was ‘Normal People Scare Me,’ which is a documentary with a series of interviews of people living with autism. I was up late at night with my jaw on the floor meeting myself in my mid 30’s.

Is an accurate diagnosis really so important? For many, it is. For some it is not. For me it makes the difference between life and death. Literally. I have not been basically suicidal (not seriously so) since understanding these autism patterns that I live. It is a wonderful benefit, but not one that I actually anticipated. At an early age, again in my twenties, and again and again, I thought I would just have to live with not understanding many things about myself. I thought I would have to live with wanting to end it all, and risking that someday I might fulfill something – ending my own life. When I was finally diagnosed, I felt a sense of relief and the exuberance of starting life all over.

Asperger’s best explained many things that did not make sense otherwise. Here are some examples. Why was I brazenly bold at times, quiet and demure at others? Why can I attack some things with passion and intensity, while hardly able to pay attention at some others? Why was holding a job such a difficulty? Why did some people get cut off by calling me overly suspicious when I thought I was being duly skeptical? Why has maintaining close friends been a lifelong challenge? Why was it that I would try all the harder to connect to other people, and that would greatly increase the likelihood of causing friction or repulsion?”


“I could go on and on about the things that I’ve had to go through – homelessness, thrown out of the congregation, thrown out of my family, kind of estranged myself from some of my other family – though unintentionally. There was one time in my late teens when I faxed a hand-drawn cartoon to my newly acquired stepmom at work. This was my way of reaching out to her, to let her know I was thinking of her, to express some appreciation. However, I addressed it to her with her last name before she married my dad. The cartoon itself describes that the character was saying “you are getting on my last nerve,” but I meant for it to communicate something else. For me it was sharing a funny. For her, it was me telling her of my disdain for her, but this was not at all what I was trying to do!

I have learned human communication through many many blunders, and some successes. People have observed that I do very well with social situations. I even do public speaking engagements in the community. Most have no idea how hard I work at it. Honestly, I was unaware of how much I was working at it. When I learned about Asperger’s, that helped me understand how exhausting “peopling” has been and my complete and total shutdowns – lacking any energy for days or a week, sometimes longer.”

Below is a poem that Brian wrote that was published in The Art of Autism: Shifting Perceptions (2012) by Debra Hosseini. 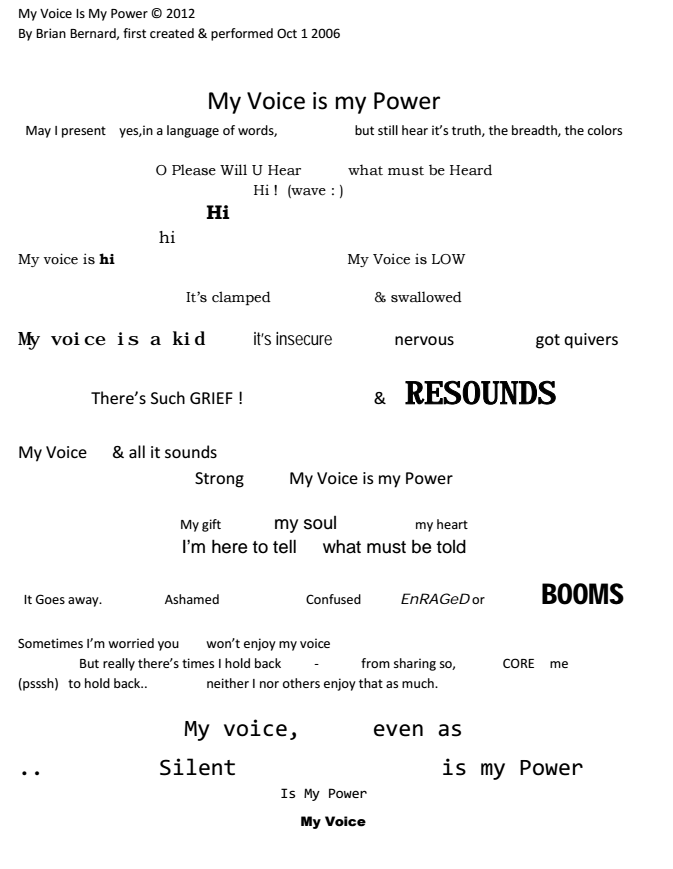 In 2013, he performed his poem in Denver, Colorado at Mental Health America of Colorado Legislative Education and Advocacy Day (LEAD). Watch his performance below.

“I am prone to a certain kind of regular depression cycle, as well as isolation. Not that I mean to. I do things to my best ability to counteract unhealthy inclinations. Sometimes going to dance once in a week will be the first time I’ve been out of the house in several days. Sometimes the first time I’ve showered in a while. Sometimes dance helps because I can actually stop thinking. Maybe because how we move together lets me bypass words – words that really do not make sense to me anyway.” 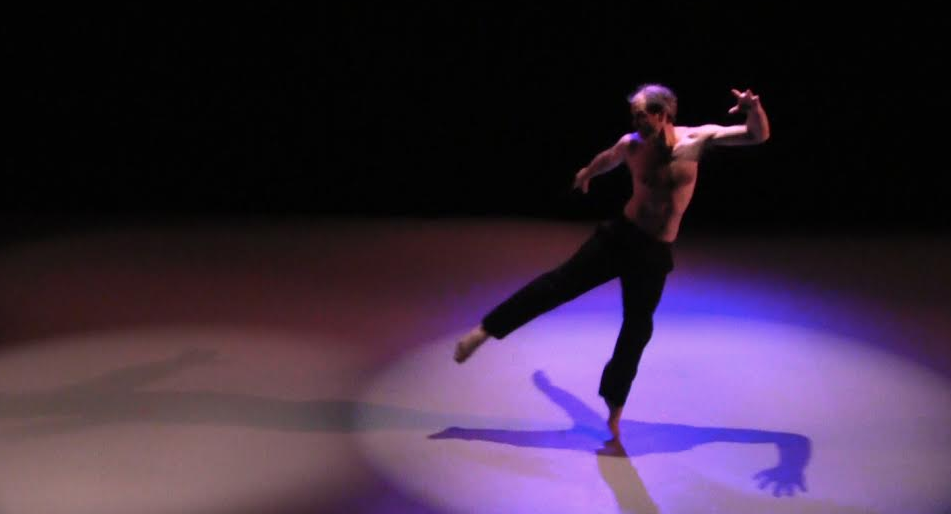 “There’s no herbal or vitamin supplement that has helped me for things like this – not to this degree. There is no prescription or journaling, standard or energy-based therapy that has benefited my wellness as much as has Spoke N Motion Dance. For me, the kind of exploring in the movements creating we do means breath. It means life. The means for more than words that can be written or typed and put on a blog or in any artist future.”

“Words are untenable. They can be cheap, manipulated. Please note that I do love words. I’m a songwriter. I adore the Holy Scriptures. But a person-to-person moment is far more real for me. There’s no mistaking that nonverbal connection.

Please support me and my art by appreciating it and sharing my work with others.”

Brian is currently seeking speaking engagements and career opportunities. He would also just love to hear from you! To contact Brian directly, click the button below.