You are here: Home / About Us / Leadership / Shaun Tirrel 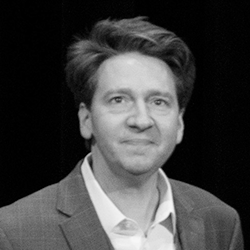 Shaun Tirrell is the co-owner of Piano Craft, one of the country’s pre-eminent businesses for piano restoration and sales. Located in Gaithersburg, Maryland, the company has restored pianos for, among others, the White House, the Smithsonian Institution and Harvard’s Dumbarton Oaks.

Shaun is a graduate of Oberlin College and the Peabody Conservatory. He has enjoyed a long career as a concert pianist, performing in such venues as The Kennedy Center, the National Gallery of Art (Washington, DC), Jordan Hall (Boston, Massachusetts), Great Hall (St. Petersburg, Russia), National Concert Hall, Dublin, Ireland), and the Stradhalle and Alta Aula (Heidelberg, Germany). Of special note, Shaun has performed a full program for the Supreme Court Justices of the United States.

Shaun has studied relationships between music and innovative people, leading him to Notes Matter. The core premise of Notes Matter is that latent creativity resides in the unconscious minds of virtually everyone and no matter what its origin, both the search for, and the discovery of creativity is liberating. Shaun has performed Notes Matter before executives from companies such as Bechtel, Cognizant, Goldman Sachs, Booz Allen Hamilton, Diversified Search, Time Warner and The Aspen Institute. He has also been a guest speaker for Path North, an organization founded by Doug Holladay and Steve Case, whose purpose is to help broaden the definition of “success” for leaders in top organizations.