You are here: Home / About Us / Leadership / JaLynn Prince, Chairman 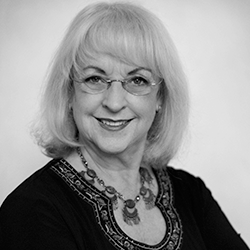 JaLynn Prince is Founder, President and Chairman of the Board of Madison House Autism Foundation (MHAF), one of the first and only organizations in this country working exclusively on the issues facing adults on the autism spectrum. In that role, she works on nationwide topics of housing, employment, education, awareness, medical services, safety, concerns involving individuals on the spectrum, and matters confronting family members dealing with autism. In 2014, the foundation was gifted a 400-acre farm in Montgomery County, Maryland, which is serving as an inclusive place for workforce development, respite, therapeutic riding, agricultural involvement and, eventually, housing for adults on the autism spectrum.

Prior to the creation of MHAF, Mrs. Prince worked in broadcasting, management consulting, as a press secretary on Capitol Hill, public relations, community development, and as an arts administrator. Mrs. Prince’s first foray into business began while still in college. She is also a global photographer/photojournalist, which has taken her around the world – sometimes traveling with her mentor Steve McCurry, best known for his iconic “Afghan Girl” National Geographic photo. She has documented challenges in healthcare, education, poverty, and disaster recovery as it has affected families, children, and the underserved in developing countries. She has had the opportunity to work with world-famous humanitarians and thought leaders around the world. These experiences have helped shape her desire to step forward to help her adult son, Madison (age 30), who is on the autism spectrum and the hundreds of thousands of underserved adults like him here at home.

Additionally, she is a member of the Royal Academy of Medicine and is one of the authors of Autism Spectrum Disorder in Mid and Later Life. She serves on advisory boards of universities and has spoken nationally and internationally about the issues confronting families dealing with autism, has been featured on “Voice of America,” consulted on movies, documentaries, news features, and national publications, collaborated with other autism groups and has worked with her Foundation on establishing a coalition focusing on housing issues facing this population and those with intellectual disabilities. She has also presented at TED University in Oxford and has talked about women’s empowerment in India and the power of parents and grandparents, moving issues forward for families. She has participated in conferences in Poland on the formulation of family support structures. Similarly, Mrs. Prince has addressed groups in Europe, Kenya, Uganda, Lithuania, Germany, Denmark, Guatemala. In 2019, Mrs. Prince was named as one of Maryland’s Top 100 Women by The Daily Record for her professional achievement, leadership in her community and a demonstrated commitment to mentoring.