You are here: Home / About Us / Leadership / Dr. Gregory A. Prince 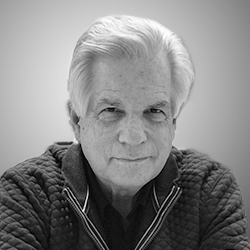 MHAF Co-Founder Dr. Gregory A. Prince was born and reared in Los Angeles, California. He attended Dixie College, graduating as valedictorian. He attended the UCLA School of Dentistry, again graduating as valedictorian. He received a Ph.D. in Pathology from UCLA in 1975, studying respiratory syncytial virus (RSV), the primary cause of infant pneumonia worldwide. Over a period of fifteen years at the National Institutes of Health and Johns Hopkins University, he and his co-workers developed the thesis that RSV disease could be prevented by administering antiviral antibodies to high-risk infants. He co-founded Virion Systems, Inc. to commercialize this thesis, and served as its President and CEO. Subsequent clinical trials ultimately resulted in the licensure by the Food and Drug Administration of RespiGam™ (1996), and Synagis™ (1998) for the prevention of RSV pneumonia in high-risk infants.

In addition, Dr. Prince has developed an avocation as a historian, having published several dozen articles and four books in the genre of Mormon Studies. His most recent, published in 2019, is Gay Rights and the Mormon Church.

He and his wife, JaLynn Rasmussen Prince, are the parents of three children— Chad, Lauren, and Madison, a 30 year-old adult with autism, after whom this Foundation is named.