You are here: Home / Employment / Complicated New Year’s Goals: 21 On and Off the Spectrum

When I volunteered to write this blog post, I was given the suggestion to write about hopes I have in this new year for Drew, my brother, who is both deaf and autistic. Like most siblings, I am not in the habit of making New Year’s resolutions for my brother, and when I tried to think of things specifically to do this year, I came up blank. So, I asked my dad what his Drew-related goals are. Turns out he’s not really in the habit of setting New Year’s resolutions for Drew either.
As I’ve written about before, Drew has 18 months left before he turns 21, and the school bus stops coming. What happens then…we don’t know yet. My Dad, like me, found it difficult to set goals for this year specifically because right now there’s a lot of life happening and a lot of variables in play at once. 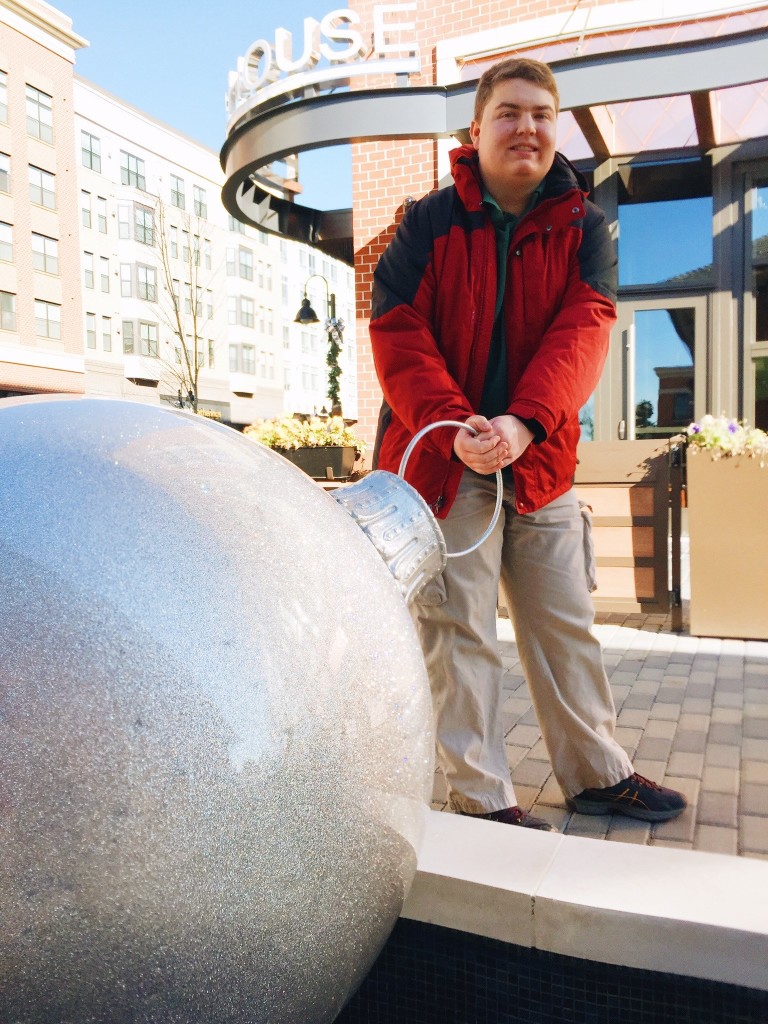 Variable 1: A lot of this holiday season was spent trying to care for aging grandparents who do not live close by. As we approach the point where they need almost constant care, my family is scrambling to figure out what to do, where my grandparents should go, and who will care for them. It’s unclear now how much time my family will need to spend out of town.

Variable 2: I’m graduating college in less than 6 months. While where I end up living does not have as big an impact on what Drew and the rest of my family does, it is something they consider.

Variable 3: Drew is in a program at his school where he works at Goodwill a few days out of every week. He seems to enjoy this, and he’s good at it. He makes sure his uniform is washed and that he brings it on the right days. What he did at work has become one of the daily questions we ask him along with “how was school?” There is at least some small possibility that he could keep that job, or his school could help him find another job after he graduates.

These are the main three, but life rarely limits itself to three variables, so, of course, there are more. These are pretty normal uncertainties to have at this point, and these are things just about every family has to deal with sometime.

But, for us, this makes planning for Drew complicated. I’d be willing to bet that other families with special needs members would tell you the same thing: that it’s never just one problem to solve – it’s all the usual puzzles of life plus one (or two or three or four) extra puzzles.

When I talked to my dad about this, he pointed me toward a TED talk (below) given by Jane McGonigal. In it, she talks briefly about how treating real life problems like a video game can help you solve them. This was not where I was expecting him to take this conversation, but what he said next made a lot of sense. “What we need right now,” my dad said, “is we need allies and we need resources.”

For my dad, finding allies means finding other parents, especially parents of deaf and/or autistic adults who are in the same boat, who might be willing to build something or find something together. This means talking to his teachers about Drew’s job prospects. Finding resources means finding a job and a location where Drew can be somewhat independent and a place with a deaf community so Drew has people to communicate with.

The fact that very little is certain right now does not mean that we can’t be proactive about Drew’s situation, it just means we have to set general goals rather than specific ones. Even if everything ends up changing, even if at the end of the year we are nowhere near where we are right now, allies and resources are still going to be things Drew needs going forward. And this is in no way limited to us; these are things a lot of people on the autism spectrum need right now.
So, that’s my hope for this new year; I hope my parents and I can help find Drew more allies and more resources so that we are equipped to beat this level of life and move on to the next.

Claire Smith is a senior at Kenyon College in Ohio working towards a degree in English. She attended Rockville High School where she was president of its Best Buddies chapter and buddies with Madison. She hopes to have a career writing and editing and over the past few years has contributed articles to Escalating Registers and Geek Insider.