You are here: Home / About Us / Leadership / Mark E. Robbins 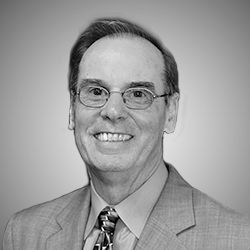 Mark Robbins has spent his entire career in the non-profit sector. Starting as a college admissions officer, where enrollment records were regularly set, he transitioned to trade associations where he focused on membership recruitment and retention, developing and overseeing chapters and their operations, and dabbling in magazine publication, editing, and advertising.

Mark was executive director of the Yellow Ribbon Fund for eight years. YRF’s mission was to assist injured service members and their families. It was there that his leadership, management, and organizational abilities flourished. Fundraising records were set each year, the operating budget more than doubled, and programs and services expanded. He expanded fundraising events such as golf tournaments, annual galas, and smaller events, while stewarding individual and corporate donors. More than $15 million was raised during Mark’s tenure. YRF launched one of the first programs that focused specifically on the needs of caregivers of the wounded, created a wellness program to help the wounded after their discharge from military service, and grew the organization from a local one to one with a national presence.

Mark is excited to join MHAF and work toward increasing fundraising and to help focus new efforts to support military veterans and their families through programs and collaborations with other organizations.

Mark is married to his wife Dianne, they have three daughters, one son-in-law, and two grandchildren. Mark is a graduate of Penn State University and is a proud Nittany Lion fan.