You are here: Home / About Us / Leadership / D. Paul Monteiro 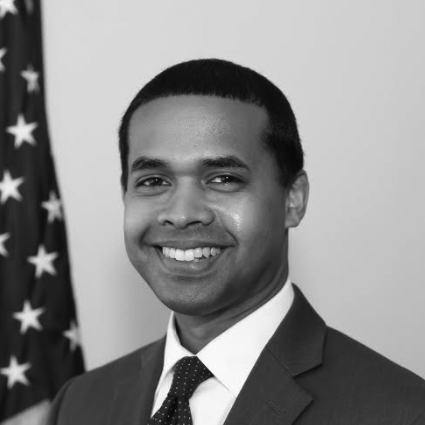 Paul Monteiro is currently the Chief of Staff at Howard University. Prior to that, President Obama designated Paul Monteiro as the Acting Director of the U.S. Justice Department’s Community Relations Service (CRS) on February 29, 2016. Authorized by the Civil Rights Act of 1964 and expanded by the Matthew Shepard/James Byrd, Jr. Hate Crimes Prevention Act of 2009, CRS serves as federal mediators in areas of local community conflict rooted in race, religion, disability, gender, gender identity, sexual orientation, color, or national origin. CRS currently plays an important role in DOJ’s ongoing effort to strengthen relationships between local communities and law enforcement. Paul previously served as director of AmeriCorps VISTA (Volunteers in Service to America) at the Corporation for National and Community Service and led the effort to mark its 50th anniversary. Organized in 1965, VISTA was designed as the domestic counterpart to the Peace Corps where Americans from all walks of life commit to a year of full-time volunteer service at a nonprofit organization or public agency and focus on capacity-building efforts such as grant writing, volunteer recruitment, and fundraising. Today more than 8,500 members serve at approximately 2,700 service sites around the nation.

From 2009 to 2013, he was an advisor in the White House Office of Public Engagement and led outreach to faith-based organizations, Arab-American communities, and anti-poverty groups. In that role, he played an active role in several Administration domestic initiatives including the American Recovery & Reinvestment Act, the Affordable Care Act, and several efforts under the “Ladders of Opportunity” agenda to protect the middle class and create opportunities for those striving for a better life. Paul also helped launch the President’s Responsible Fatherhood & Healthy Families initiative that later became “My Brother’s Keeper.” He served as coordinator for the White House Mentorship Program for young men attending local area high schools.

While at the White House, Paul also served as an ex officio member of the National Counter Terrorism Center’s Heritage Council. In 2013, he was awarded a citation from the National Security Council for his work on a range of international Administration priorities including the Global Entrepreneurship Summit, refugee resettlement and other humanitarian interventions, and countering violent extremism.